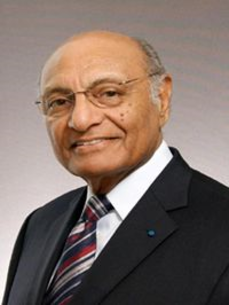 Chairman of the Board of Trustees, University of Central Asia and Diplomatic Representative of AKDN to the Kyrgyz Republic

Dr. Shamsh Kassim-Lakha’s academic career began as Founding President of the Aga Khan University (AKU), the first private university chartered in South Asia. As President, he guided this world-renowned institution for 27 years in eight countries of Asia, Africa, and the United Kingdom. During this period, he forged academic partnerships, with several renowned universities including McGill, Toronto, McMaster, British Columbia, Alberta, Harvard, and Oxford for AKU. He also led the University’s fundraising campaigns, generating over $350 million from private donors, corporations, foundations, and aid agencies.

He is currently Senior Advisor, Aga Khan Foundation Canada, in which capacity he is Chairman of the Board of Trustees of the University of Central Asia, and advises the Foundation on its work in Central and South Asia as well as Eastern Africa.